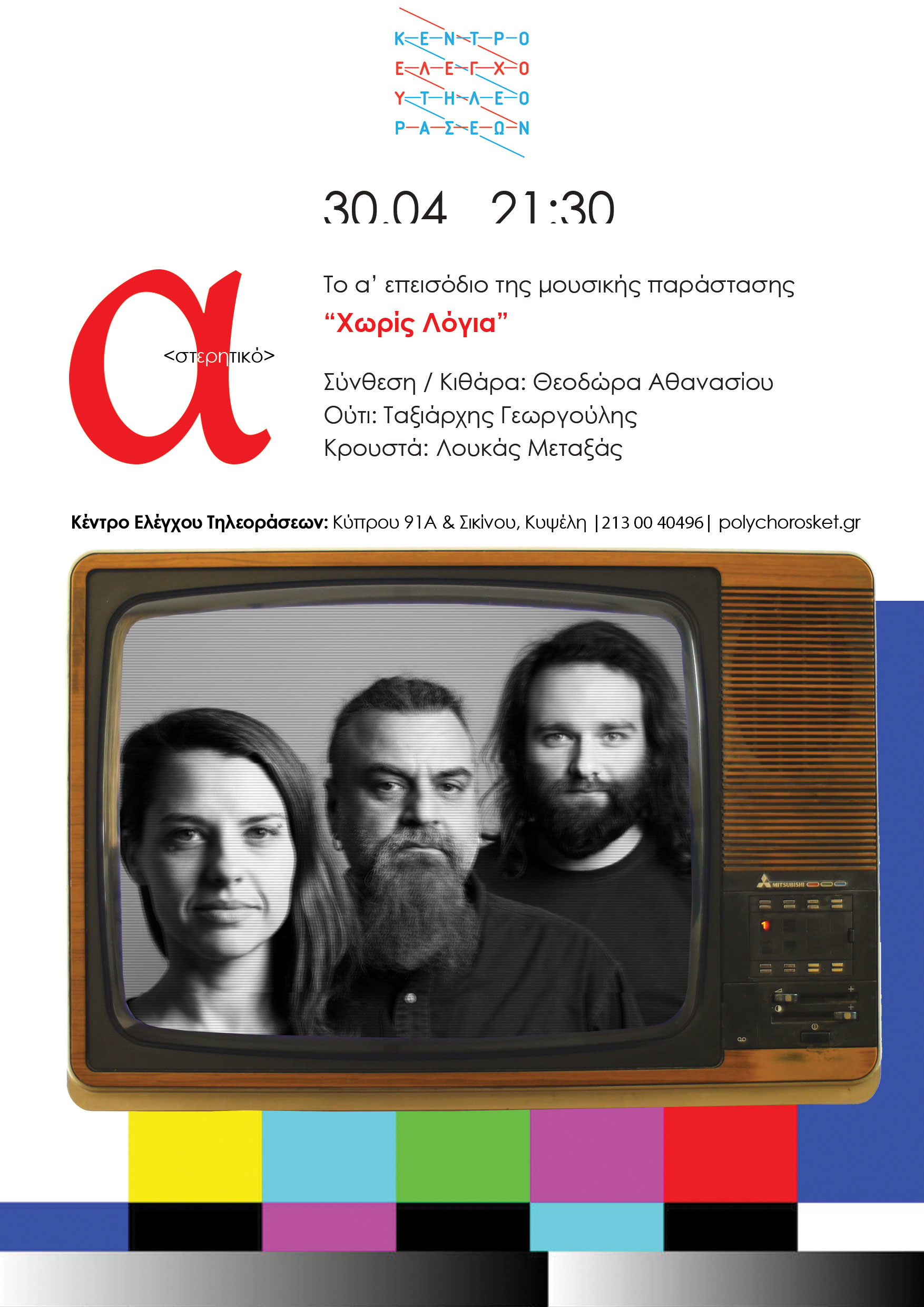 “alpha steritiko” is a greek prefix. It’s the letter “a” that stands in front of a word

This concert will be the debut presentation of “Theodora Athanasiou Trio” launching a series of live music events that will lead and add to the main performance, called “No Words”. In this first concert there will not be many words to hear. Just three song. The rest will be just notes… Organic music, mainly from primary compositions

* “No Words” is an experimental music project that started as an expressive dialogue between an old romantic guitar (kitharoni) with an oud and percussions.

** The band was established in September 2016 by Theodora Athanassiou, in order to become the core part of musical expression on her own modern compositions. The main concept is to build a music bridge between the history and the future stories of Eastern Mediterranean music. As a result this project aims and would like to be the answer on how a young musician deeply involved in old elements of various orient musical styles (mainly rembetica songs) could express and compose today’s music with an old traditional guitar.